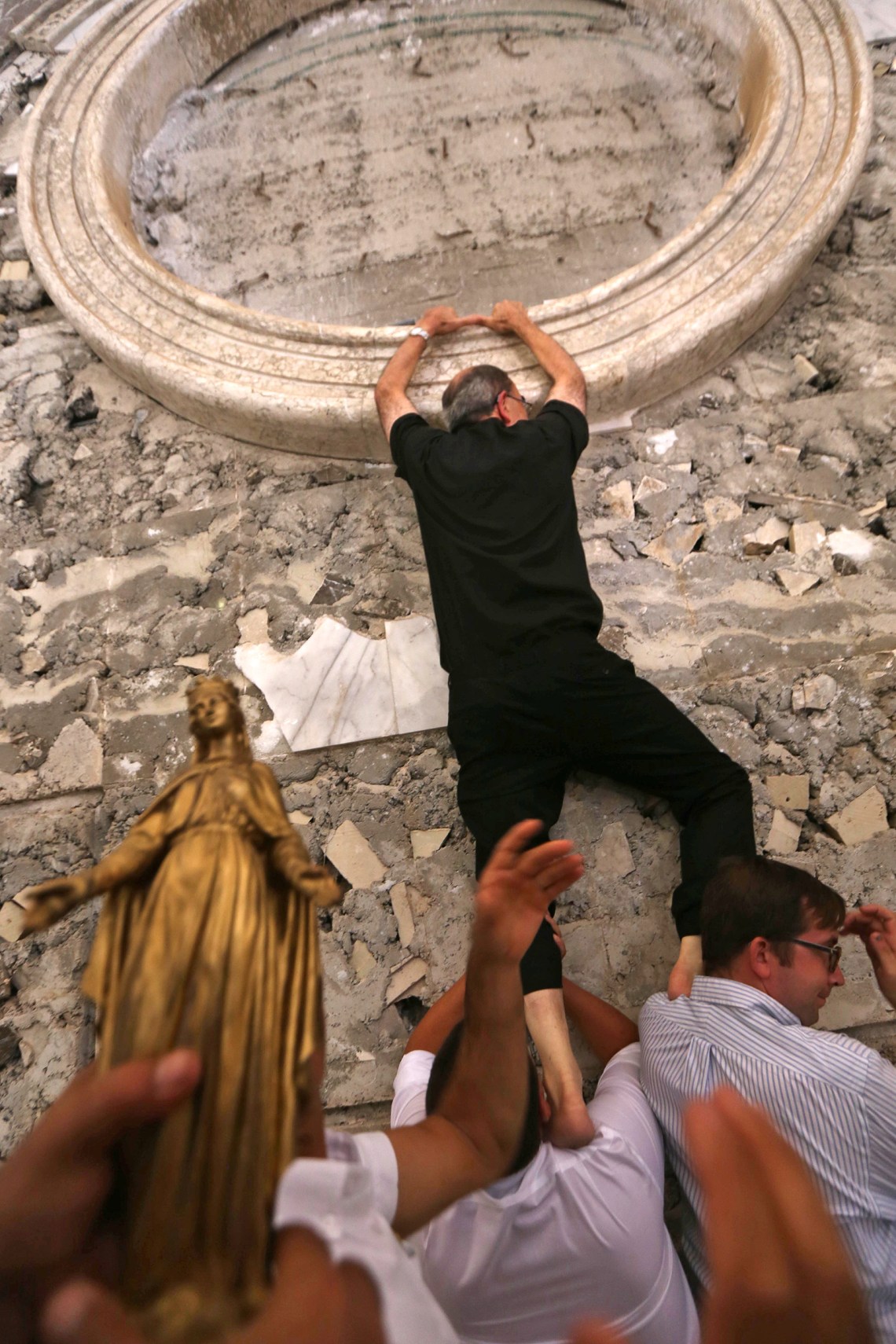 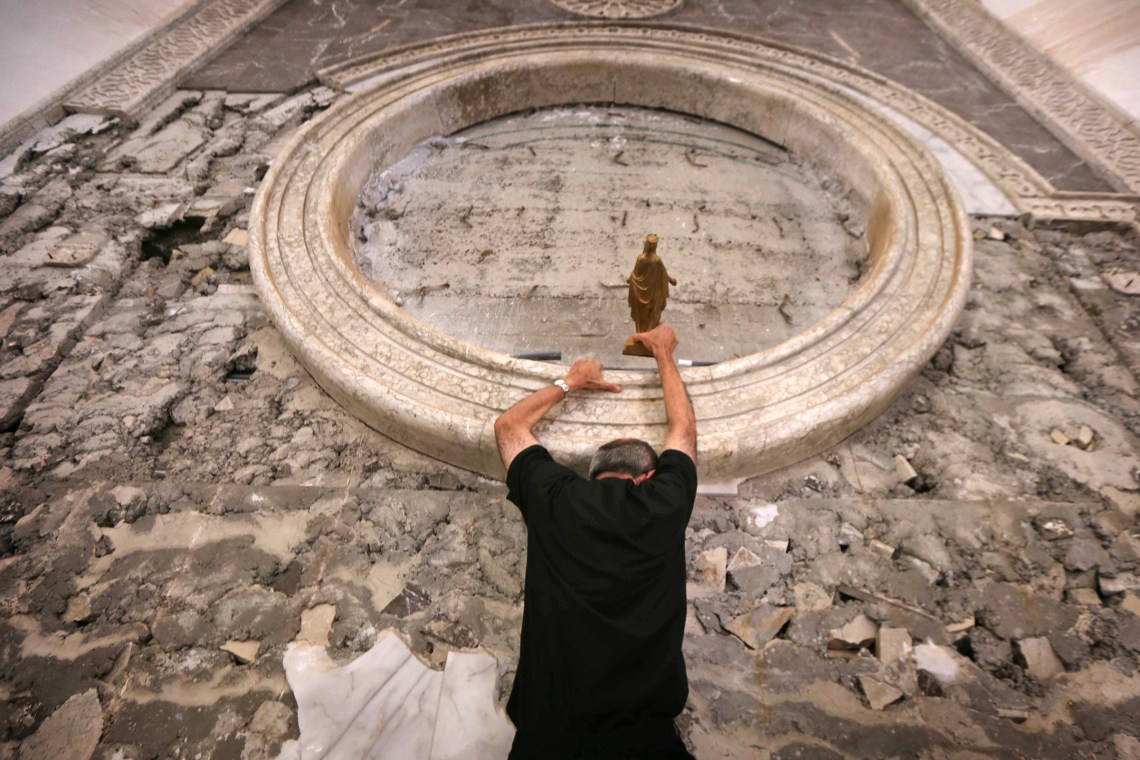 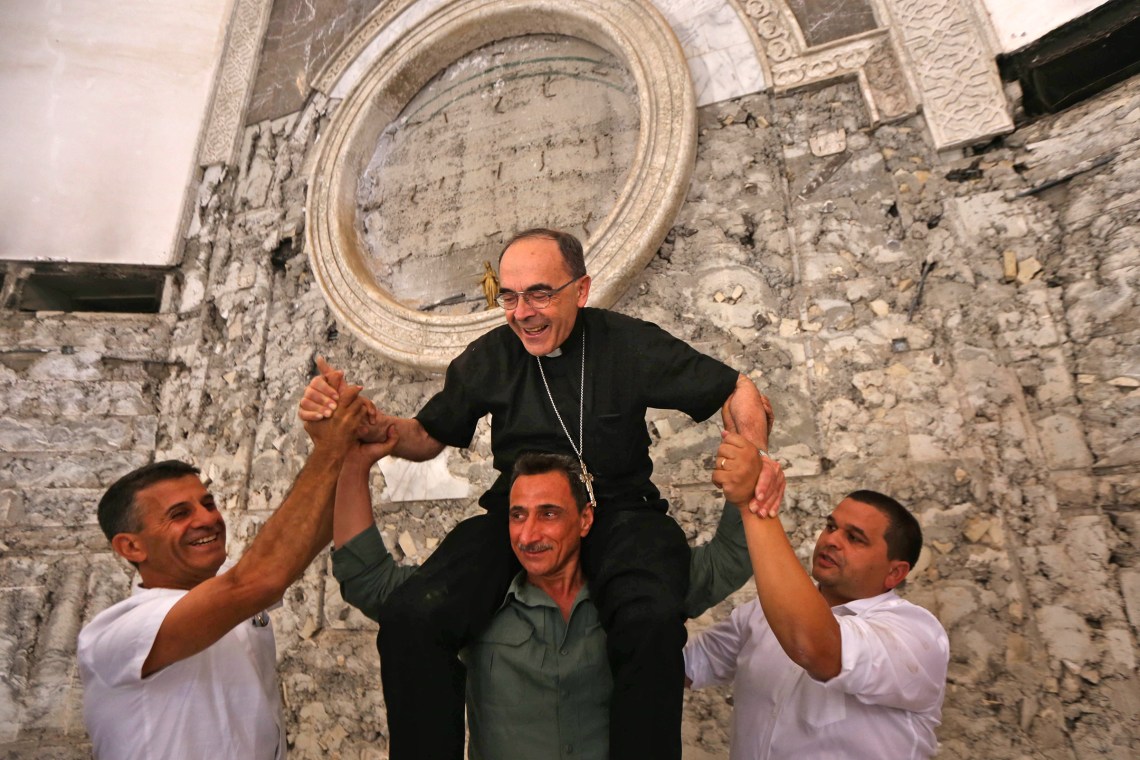 An Iraqi Christian man carries Lyon's Archbishop Cardinal Philippe Barbarin on his shoulders after the clergyman put up a statue of Virgin Mary on the wall during a visit to the church of the Holy Spirit in east Mosul on July 25, 2017. Barbarin hailed the "rebirth" of Iraq's devastated main Christian town of Qaraqosh a day earlier, where residents are returning following two years of jihadist rule.
SAFIN HAMED / AFP 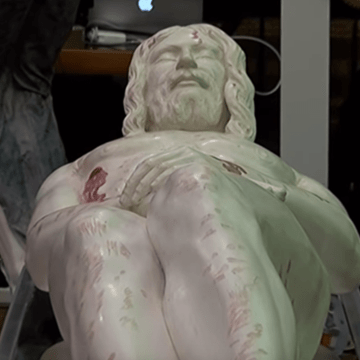 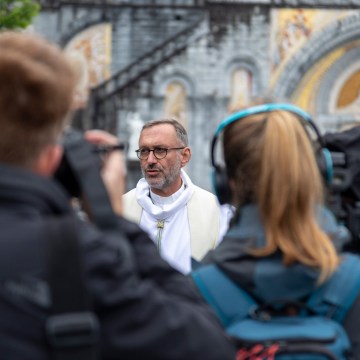 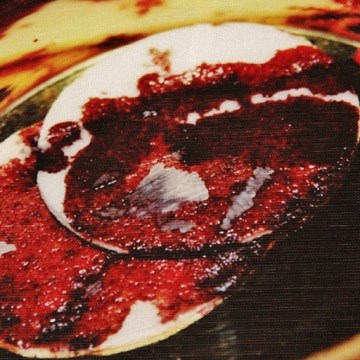